Home > Case studies > VTMKZOOM: how we optimized a children’s app with user testing

VTMKZOOM: how we optimized a children’s app with user testing

User tests are essential for your app to be successful. Flemish children’s TV station VTMKZOOM asked us to conduct a usability test with children. The result? Complete success. The number of downloads and the effective use of the app exceed all expectations. 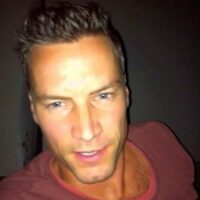 “Thanks to the user tests we carried out together with AGConsult, we gained valuable insights into what worked and what didn’t work for children and their parents. We are very happy with the results. The number of people that installs our app exceeds all our expectations, as does the effective use of the app.”

Test with kids and parents

Flemish kids’ channel VTMKZOOM created an app for children up to 12 years old, with custom made content.

But would kids like what the app had to offer? Would they be able to use it? And what would the parents think about the content and the functionalities?

To find the answers to these questions, VTMKZOOM contacted AGConsult.

In VTMKZOOM’s case, we got 12 children to play with the app for about half an hour. Our moderator observed how they interacted with it and what their responses were to our questions.

We got feedback from their parents as well. Because especially with younger children, the parents often interact with the app as well. And they of course need to approve of it. So getting their feedback was vital too.

We did the user tests before the app launched. That way, VTMKZOOM already learned a lot about the way the app would be used by both children and parents before it was even officially out.

That’s the best way to go with user testing: test before you launch so you can optimize beforehand.

It avoids a lot of user irritation and expensive fixes later down the road.

Act on the user test results

Our user tests quickly pinpointed the weaker elements of the app. The team at VTMKZOOM really took the results of the user testing to heart. They worked hard on resolving these issues.

And with great results: the app became a huge success.

“Thanks to the user tests we carried out together with AGConsult, we gained valuable insights into what worked and what didn’t work for children and their parents”, he says. “We are very happy with the results. The number of people that installs our app exceeds all our expectations, as does the effective use of the app.”

As always, the user tests brought some interesting and unexpected points to the surface.

User tests not only expose the flaws in your site, intranet or app. They also expose your own biases.

As usability experts, you think you know your stuff. But then you do a user test on a specific app with a specific audience, and the opposite turns out to be true.

An example? The tests pointed out that children had no problem with the vertical scrolling the app sometimes required.

But their parents found it quite difficult. They really had trouble figuring out how to handle that particular feature.

It’s exactly that type of insight that makes user testing so valuable.

User tests not only expose the flaws in your website, intranet or app. They also expose your own biases as experts or as product owners.

Nothing beats user testing when you want to detect a product’s issues and problems.

But it is something you have to open your mind to. Because what your users have to say isn’t always nice to hear. Sometimes the criticism you get from users is quite harsh.

VTMKZOOM’s success did not come about by coincidence. It’s a testament to the open-mindedness of their team, their willingness to set aside personal opinions and to really listen to users.

Shortly after our user tests, the VTMKZOOM app was modified and launched. We are very proud to say it’s been doing exceptionally well ever since. Both in terms of number of downloads and active users.

But that’s not the whole story.

The tests also gave VTMKZOOM plenty of ideas for future improvements. So it was a great result, both in the short and long term.

Do you also want a more successful website, intranet or app?
A user test gives you immediate insight in where you can do better.

Want to see users at work on your site, intranet or app?

Get a free quoteOr get more information first