Looking for someone to wake up your audience? For the talk that will make your event trending on Twitter? A closing keynote to make sure your event will be remembered months or even years after?

Nah, first show me a video of Karl speaking

What do people say about Karl?

I know, it’s very easy to say great things about myself. So I’ll let other people do the talking.

“It was like seeing Ricky Gervais doing a Stand Up about CRO and personalization. You definitely killed it.”
Lennart Gawell, Senior Converson Manager, Vodafone

I’ve never seen anything similar to this. All attendees gave Karl a 5-star rating. My deep respect for that performance. I think it was the best I’ve ever seen.
André Morys, CEO Web Arts and organizer Growth Marketing Summit in Frankfurt

“Karl received the by far best ratings ever seen on Conversion Jam, the biggest CRO conference in Europe. And the second time he spoke here, the audience seemed to like him even more. Probably because Karl always delivers.
John Ekman, Chief Conversionista and organizer Conversion Jam in Stockholm and Oslo 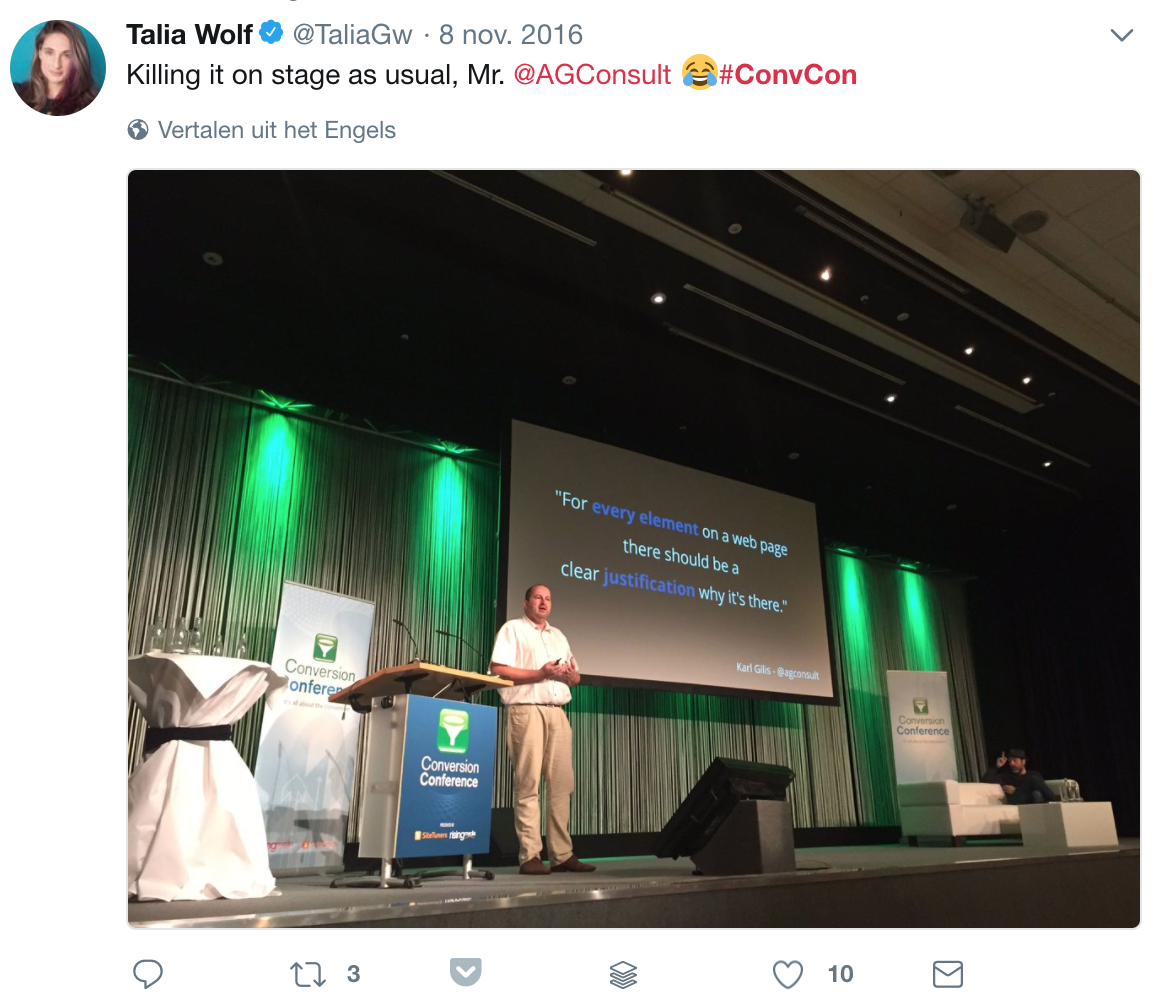 Yes, I want Karl as my keynote speaker

Hm, I’d still like to see a video first

Some events and conferences Karl has spoken at:

All right, let me book Karl as speaker 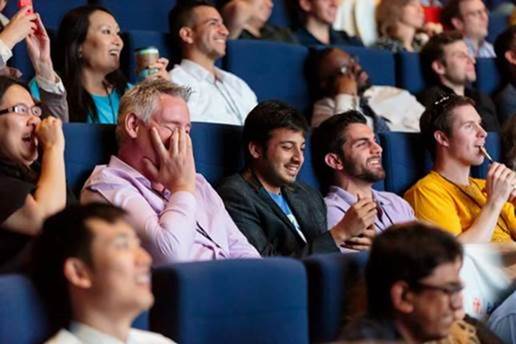 And this is most probably what Karl will look like: 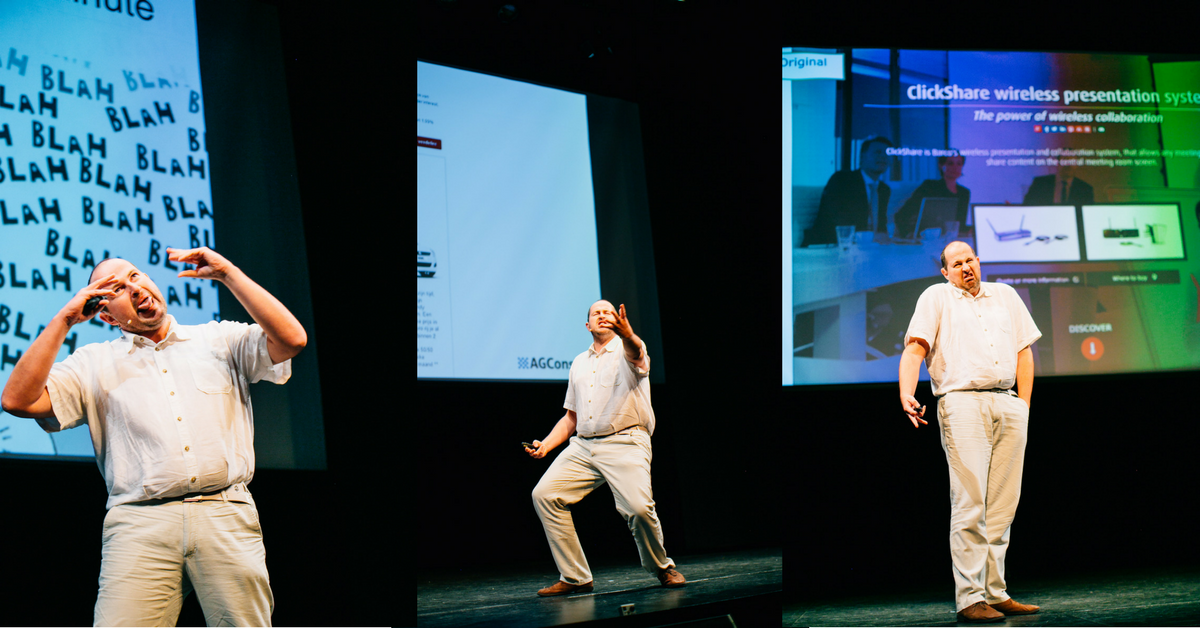 So what does he talk about?

Not too much about AGConsult. He wants the attendees to go home with inspiration for their own websites, by showing real-life examples and cases. He talks about any of the following topics:

Some titles of talks he’s given:

Sounds good, but … who is Karl Gilis?

Karl is co-founder and managing partner at AGConsult, and UX and Conversion Optimization Expert.
He got listed as the number 3 most influential CRO expert in the world by PPC Hero.

He teaches the UX and Usability Masterclass at the ConversionXL Institute. He also teaches at several university colleges in Belgium and has trained people from companies such as TUI, Thomas Cook, Suzuki, Toyota and Atlas Copco.

But most of all, Karl is known as ‘the UX comedian’.

Karl’s talk as the last speaker of the day at Usabilla in 2016: ‘How to create better A/B tests based on user research’ (26 mins)

Yes, I want Karl to speak at my event

What kind of events can I hire Karl for?

You can book Karl for any event related to websites or apps, conversion, usability or online marketing.

A keynote speaker that will wake up your audience (and the audience next door)?

You’ve found him. Get that energy and laughter on your stage now.

Let me book Karl as my keynote speaker